I created this “Meet Varina” video for The Arcanum… The Magical Academy of Artistic Mastery. I’m really looking forward to choosing my apprentices and getting started in my role as a Master. Have you submitted your application to The Arcanum yet?

Video editing is something that’s pretty new to me. You’ll see that I have some really nice footage in the video – mostly from Shade Tree Films, or from filming in Australia with Brent Mail and Johny Spencer. Having that video footage made all the difference – but I was surprised at how difficult it was to put together a few minutes of video. I’ll share what I learned in doing this – with hopes that it will help someone else!

1. Use a good camera and mic. I actually recorded the voice-over for this twice. The first time, I just used my webcam for both video and audio… which was a mistake. I should have known better, but I was hoping that I’d be able to clean up the sound enough to make it sound ok. Not a chance. I re-recorded it using my Canon 5D MkIII and a lav mic. That combo gave me pretty darn good sound and video quality – and it wasn’t any more difficult that doing it with my webcam. I did have to clean up the audio to get rid of a slight hissing sound… but from what I’ve read, that’s pretty normal.

2. If you’re going to use a music track, lower the volume. Now, lower it even more. :) And then listen to the whole thing. From beginning to end. I uploaded my video to YouTube three times – and deleted it the first two times. In both cases, it was because I decided the background music was distracting. It got a bit loud in a few spots and was kind of annoying. I’m hoping it’s better now.

3. Watch your transitions. I like to use a “cross-dissolve” transition between photos and video clips sometimes… but I often found that the transition was wonky when I used the cross dissolve for video. I might get a bit of a hidden track coming through when I didn’t want it, or I end up with a bit of a video clip that I didn’t want coming through. Some of those little slip-ups are hard to see… so pay attention to each transition and make sure that it’s working the way you want it to.

4. Consider writing your words down before you record. I realized a long time ago that I sound like a complete idiot when I try to record something like this without a script – or at least a solid outline. I’m so distracted knowing that the camera is in front of me that I can’t think straight. My solution is to write the whole thing up in advance. I try to storyboard my video as well – that way, I know when I need to be looking at the camera, and when I can just read from the page. That one thing has saved me hours worth of frustration. I don’t have to cut so many “um”s and long pauses. And I can usually finish the voice-over in just one take.

Now, please don’t think these are tips from someone who makes great videos. I’m a photographer – not a film maker… and I’m learning the ropes. Instead, these suggestions are meant to save you some frustration if you try to do something similar yourself. Please share your own suggestions and experiences in the comments! I’m sure many of you have done some filming and have some great ideas! 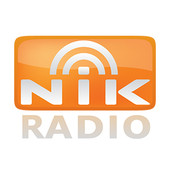 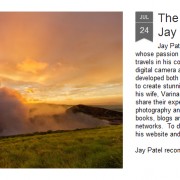 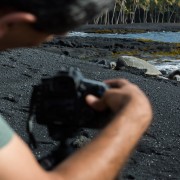 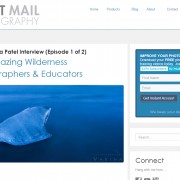 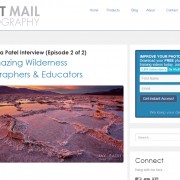 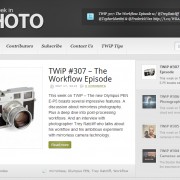 Varina and Jay on This Week in Photo #307 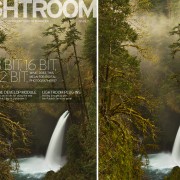 Varina gets the Cover of Lightroom Magazine
2 replies

The Phoblographer Interviews Varina and Jay
Scroll to top